For a full list of our current fixtures please see our attached Fixture List which will be updated as new fixtures are added.

On Thursday 3rd November, our U11 girl’s football team took part in a football tournament at Needham Market Football Club. The girls played really well and even though, we didn’t reach the County finals, you represented the school brilliantly and we are very proud of you, well done team!

On Thursday 13th October, our Year 3/4 Tag Rugby team enjoyed participating in the Tag Rugby Festival at Beyton Sixth Form Campus, where they enjoyed playing in some competitive matches and some skills challenges.

On Thursday 29th October, our U11 Cross Country runners took part in a 2km run at Thurston Community College. The whole team ran brilliantly and finished fourth overall on the day.

Our Year 3 and 4 pupils participated in the Stowmarket High School Cluster Schools Sports Festival, which was part of the School Sports Partnership’s Olympic and Paralympics legacy.

The sports festival was based around a carousel of multi skill activities such as archery, hockey dribbling and relays. We represented two different countries: Australia and New Zealand. Both teams did really well, with New Zealand finishing in 5th place and Australia finishing in the bronze medal position. Well done to everyone who took part, it was a fantastic day and a great experience!

Some of our Year 5 and 6 athletes competed the in U11 Quadkids Athletics event. Quadkids is a team event and each athlete took part in a sprint (75m), a middle distance run (600m), long jump and a throwing event. The team performed brilliantly and even though we didn’t finish in the top three, their performance and sportsmanship as a team was superb! Excellent effort everyone

Year 4, 5 and 6 children played in the Kwik Cricket Tournament at Battisford and District Cricket Club. Despite some teams being unable to turn up, we still had a great tournament, and everyone played really well! I am delighted to announce that we won the tournament, congratulations to the players!

Eight of our young tennis players took part in a Mini Red Tennis tournament at Thurston Community College. All played fantastically well and finished second in their group matches, well done to all of you!

We entered two teams in this event, competing in races using a variety of strokes. One of our teams achieved the Silver Medal Place and we also had the fastest front crawl swimmer.

We sent three teams to this tournament, two of which reached the final and received Gold and Silver medals. Both teams went on to play in the Partnership Hockey Finals on 16th March.

Our teams played four matches against other schools. They didn’t make it past the group stages but had a brilliant day playing some fantastic football. 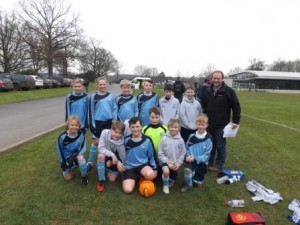 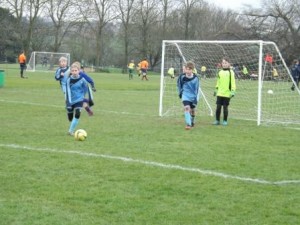 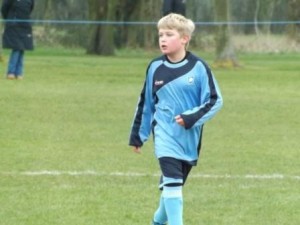 GOLD for our school basketball team!

Congratulations to the school basketball team on progressing to the Area Finals being held on the 29th February 2016. 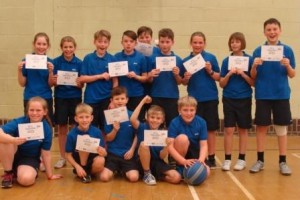 Congratulations to our Year 5 & 6 girls who made it through to the Suffolk County Football Finals. A great achievement and effort on the day. We are all very proud of you!

On the Wednesday after the finals the girls arrived at school early to enjoy their ‘team breakfast’.

A tradition at Great Finborough! 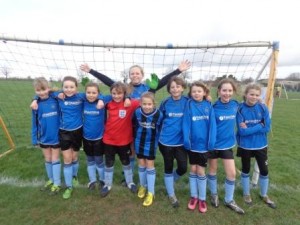 Well done to both teams for representing the school at the inter-school ‘Dodge ball tournament’ held at Stowmarket Leisure Centre. One of our teams made it through to the finals!

Congratulations to our Year 5 & 6 boys who made it through to the Suffolk County Area Finals. A great achievement and effort on the day. We are all very proud of you!

On the Thursday after the area finals the boys arrived at school early to enjoy their ‘team breakfast’.

Our girls team entered the Stowmarket School Sport Partnership football tournament which was held at Stowmarket High School. They are through to the Suffolk County Finals in January 2016! Well done to the girls’ team!

We entered two teams in to the Stowmarket School Sport Partnership football tournament. One of our teams is now through to the area finals on the 24th November- congratulations to the team! We are hoping to qualify for the County Finals being held in January 2016!